The Turning Point for My Daughter 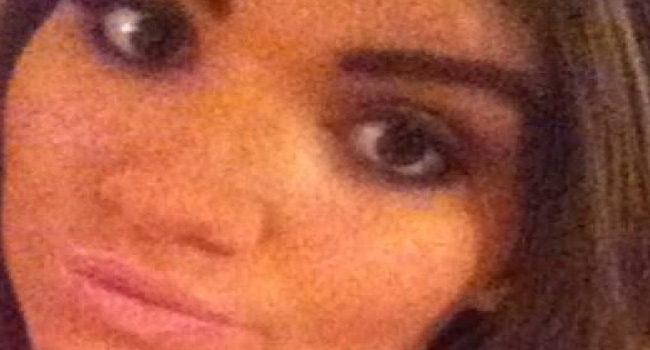 Today was a very special day in my family’s life. One that saw an incredible achievement attained against the odds.

Common amongst teenagers in this day and age is the lack of self-confidence and in fact a debilitating low self-esteem. Self-esteem is how a person feels about themselves and what they do. Someone with positive self-esteem will generally approach things thinking they are a good person who deserves love and support and can succeed in life. Someone with low or negative self-esteem will generally think they are not good at things, don’t deserve love or support and that situations will work out badly for them.

Teenagers with a low self-esteem will generally:

My daughter, for example, often struggled with her confidence. She didn’t believe things ever turned out right for her. Nothing seems able to inject any positivity into her.  She was sure that everything she would try would turn out badly. She was convinced it will be this way for ever.

Things certainly haven’t been made easy for her. At a very young age she was taken away from her school, friends and family and moved 300 miles away when I began my new business. Then when my ‘darkest times’ struck she then had to go through multiple house moves. I think it was about 4 times in 5 years, as well as being taken out of her school. Then she was taken away from her sister, grandparents, aunt, and of course me, when her mum moved back to London. This situation was worsened when her sister brought into the world her own child, and Carly, my other daughter felt  that she couldn’t take an active role in her growing up. Such disruptions in her life make it no surprise how her self-esteem could dip so low. Such unsettled times made life so difficult for her.

We all experience problems with self-esteem at certain times in our lives — especially during our teens when we’re figuring out who we are and where we fit in the world. The good news is that, because everyone’s self-image changes over time, self-esteem is not fixed for life. One event began to change everything for my daughter.

Many of you will know that I write on the subject of ‘never giving up’ frequently. There are people who even when they believe nothing they try will work they just won’t let themselves give up trying. Who know they may go on to surprise themselves and excel. My daughter perfectly demonstrates the never give up philosophy and proves persistence will pay off. This young lady lacked confidence in her ability to pass exams and in her educational abilities and constantly prepared herself up for expected failure but she refused to give up, and once she had a dream, she did everything to bring it to reality.

It took one more major difficulty to really point her in a direction that would be life changing, where she would earn the most remarkable achievement that now finally gives her a major breakthrough and demonstrates without doubt a huge turning point in her life.

This event I am talking about began not long before her 19th birthday. Her grandmother was rushed into hospital. In a way fortune was on her side because she was visiting with us at the time and while she could she visited her daily. During this traumatic time for all of us, my daughter observed some wonderful people tending for my mum. I’m referring to the nurses. Many of them seemed to give themselves totally, and their number one concern was to give their patients everything they could. It made a huge impression on Carly my daughter, so much so, that soon she stated her dream of becoming a Nurse herself. This one decision became a catalyst that has completely changed her life.

She stepped up her efforts at college and put in the time and effort like never before. Even though she still lacked the inner belief that she could do it she tried.

Well today that young lady has achieved all the academic qualifications she needed to be able to pursue her dream of becoming a nurse and making the difference and has accepted a place at Canterbury University to study Nursing. She achieved her breakthrough and despite her lack of confidence she battled on to achieve her personal best which was definitely good enough.

She is a shining example to demonstrate to all of you who are held back by your lack of confidence to just keep trying and never give up.

Where did I hear the news? Aptly it was at the RVI hospital the place her dreams began.

So to conclude, first I admit that I cried my eyes out in the middle of the packed entrance way at the RVI much to the embarrassment of my eldest daughter, her sister, and secondly I announce how incredibly proud of my daughter Carly Lewis I am.

To her I say ‘Enjoy your university time and your journey to nursing. I know you’re going to be brilliant. And your grandma Paula will be so proud!  You have overcome so much adversity and turmoil in your young life, please realise what a remarkable achievement you have made.”

She really has achieved her turning point.