Why Meat Is Bad For Your Health

Home » Blog » Health » Why Meat Is Bad For Your Health 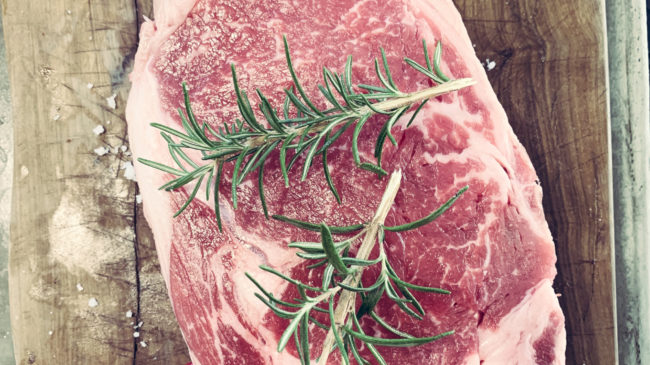 Why Meat Is Bad For Your Health

There is a great amount of evidence warning us of the health risks of eating meat, so today I want to look at why meat is bad for your health.

Despite evidence from the World Health Organisation and their warning that eating processed meat increases the risk of cancer, many of us still don’t want to know about the real dangers of meat consumption. Reducing the amount of meat you and your children eat may be the answer to avoiding today’s common illnesses and obesity as well as the best way to recover from chronic illness.

The cattle rancher Howard Lyman, of ‘Who Won’t Eat Meat’ fame revealed that the cows, pigs, lambs, hens and turkeys we consume are fed on reject meat mixed with faecal matter. The intestines (and their contents!), the head, hooves, and horns, the bones and blood of the animals killed to create our foods are deposited into huge grinders at “rendering” plants together with carcasses of diseased animals. This then is then fed to the livestock you will one day potentially eat.

Meat and dairy products, which have traditionally been our primary source of protein, have high fat and cholesterol content, minimal fiber, and are associated with an increased risk of many chronic illnesses.

The saturated fat and cholesterol in beef, pork, dairy foods, poultry, and eggs cause over 100,000 fatal heart attacks annually worldwide.

Meat consumption has conclusively been linked to obesity, heart disease, cancer, diabetes, and a many other chronic and deadly disease. I know it sounds like the warning on a cigarette pack… The risks involved here… are just as dangerous.

Any fatty substance that is solid, like the white bits in bacon, sausages and ham, butter, cheese and lard clog up the arteries and cause obesity and heart failure. It is an undeniable fact that meat is linked to so many of our ills.

In the simplest terms and the information that probably drove me to finally decide to try a plant based diet is the obvious that when we eat fatty foods every day of our lives, year after year, that this dietary fat and cholesterol pumps through our bloodstreams and leaves deposits inside our veins and arteries. After two, three, four or more decades of this food assault on our bodies, it’s no wonder that we’re too often faced with a health crisis!

Before I learnt the dangers of eating meat my diet was full of piles of beautifully browned sausages, the perfectly grilled steaks, the crisp, delicious bacon, mixed grills and way too many eggs.

But now I know that Vegetarians live six to 10 years longer on average than meat- eaters do. Healthy vegetarian diets support a lifetime of good health and provide protection against numerous diseases and the three biggest killers – heart disease, cancer and strokes.

The risk of developing heart disease among meat-eaters is 50 per cent higher than it is among vegetarians.

As I said earlier, there is a lot of research supporting the argument that meat is bad for your health.

The China- Oxford-Cornell Project clearly documented that the diseases that affect and kill many in the US are unusual in rural China. This is caused by the fact that the average protein intake from animal sources in the United States is 70 percent while In China it is only 7 percent. As more animal protein is consumed, cholesterol levels start going up, heart disease starts going up, and cancer increases. The China Study concluded, “People who ate the most animal- based foods got the most chronic disease. Even relatively small intakes of animal-based food were associated with adverse effects.”

The Oxford Vegetarian Study found that “Meat eaters are twice as likely to die from heart disease, have a 60 percent greater risk of dying from cancer and a 30 percent higher risk of death from other causes. “

A 1996 study by the United States Department of Agriculture (USDA) showed that nearly 80 percent of ground beef is contaminated with disease-causing microbes. The primary source of these bugs is feces.

The Journal of the American Medical Association in 2012 stated that “consumption of unprocessed and processed red meats is associated with chronic diseases” and “increased risk of total [disease], cardiovascular disease, and cancer mortality.”

Fifteen years ago the Department of Health linked eating red and processed meat to certain types of cancer. A more recent report published by the World Cancer Research Fund (WCRF) recommends reducing the daily amount of cooked red meat eaten to around 70g a day. This is less than one ‘quarter pound’ burger per day, a portion roughly the size of a pack of playing cards. The report also recommends that we should eat very little, if any, processed meat. The NHS now advises people to cut down to 70g a day of red and processed meat. Most of us, of course, eat far more than this recommended amount, even though evidence continues to grow linking red and processed meat to a range of other diseases too, such as coronary heart disease, stroke and diabetes. Isn’t it now time you considered making the change.

Alas it’s not only the meat from animals that are potentially making us ill but also the dairy products that come from them. In the next article that is what we will look at.