Treating COPD With A Plant Based Diet 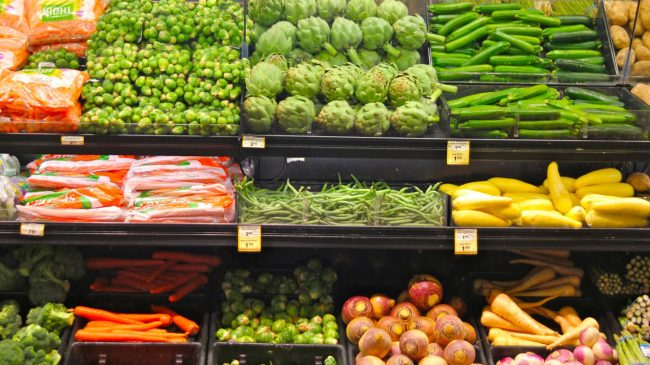 Many lifestyle related diseases such as cancer, respiratory, stroke, Alzheimer’s, diabetes and Chronic obstructive pulmonary disease (COPD) can be prevented by making healthier choices in our lives. When change is too late to stop the occurrence of these diseases, lifestyle changes can prevent them from getting worse.

Chronic obstructive pulmonary disease, or COPD, is a general term for several lung diseases, mainly chronic bronchitis and emphysema. These diseases are characterized by obstructed airflow through the airways in and out of the lungs. Both cause excessive inflammatory processes that eventually lead to abnormalities in lung structure and limited airflow. Both are progressive conditions that worsen over time.

COPD symptoms include shortness of breath, wheezing, chest tightness, excessive mucus production and coughing. In addition, COPD adds to the work of the heart, and can cause pulmonary heart disease. There currently is no cure for COPD.

Although there is really no cure, there is evidence to suggest a plant based diet will help those suffering with COPD dramatically. In fact, eating a plant-based diet can help treat, prevent, and in some cases cure most lifestyle diseases.

By increasing fruit and vegetable intake and decreasing meat intake, you may be able to slow the progression of chronic obstructive pulmonary disease, and potentially improve lung function.

“Your choice of diet can influence your long term health prospects more than any other action you might take.” Former Surgeon General C. Everett Coop

Most people think that what you eat has nothing to do with your risk of developing COPD. Diet actually plays more of a role than one may think. Diet, however, especially one that’s rich in fiber, may actually play a key role in preventing breathing diseases. A study reported in the Annals of the American Thoracic Society in January 2016 found that adults who consumed the most fiber were significantly more likely to have healthy lung function compared with those who ate the least amount of dietary fiber.

Considerable evidence has emerged indicating the importance of dietary intake in obstructive lung diseases such as asthma and chronic obstructive pulmonary disease (COPD) in both early life and disease development and management of disease progression.

Your food choices can either help prevent or improve many respiratory conditions such as asthma, allergies, chronic obstructive pulmonary disease, and so forth, or they may worsen these conditions.

A plant based diet approach has the benefit of increasing intake of multiple nutrients. Fruit and vegetable intake has been investigated for potential benefits in association with respiratory conditions due to their nutrient profile consisting of antioxidants, vitamins, minerals, fibre and phytochemicals.

As I’ve already said, a plant based diet can help improve respiratory health, while foods high in fat, like meats and processed foods, have the opposite effect, worsening respiratory health. In 2007 a twin pair of studies emerged, one from Columbia and another from Harvard, implicated cured meats such as bacon, bologna, ham, hot dogs, sausage, and salami as a risk factor for developing COPD. In fact there is considerable evidence to suggest that a high intake of fruit and vegetables is favorable for all stages of respiratory disease.

Let me get clear here. A high consumption of refined grains, cured and red meats, desserts and sweets, French fries, and high-fat dairy products are associated with an increased risk of respiratory disease. A dietary shift to higher-antioxidant food intake may be associated with improvement in lung function, and, in this respect, dietary interventions might be considered in COPD management.

If you are having to deal with COPD and it’s effects, then I strongly suggest turning to a plant based diet particularly eating lots of high-fiber foods—including fruits, vegetables, nuts, and whole grains. Pay particular attention to foods high in vitamins C and E.

So, now if you’ve got COPD then get eating your fruits and veggies.

“Some people think plant-based diet, whole foods diet is extreme. Half a million people a year will have their chests opened up and a vein taken from their leg and sewn onto their coronary artery. Some people would call that extreme.” Caldwell Esselstyn