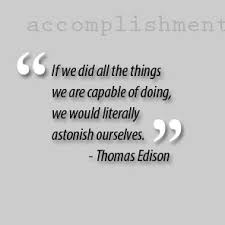 The fear of criticism is something you could be struggling if you have you grown up in an environment where you have been told “NO” so many times that you have lost count?

Are you afraid to put yourself out there?

Do you shy away from leadership roles and anything that requires you to be in the limelight?

Are you quite content to allow others to forge on ahead as you work patiently in the background keeping the ball rolling?

The fear of criticism could be something that you are trying to deal with.

THE FEAR OF CRITICISM manifests itself in many forms and can be identified when a person is :

Generally expressed through nervousness, timidity in conversation and in meeting strangers, awkward movement of the hands and limbs, shifting of the eyes.

LACK OF POISE.
Expressed through lack of voice control, nervousness in the presence of others, poor posture of body, poor memory.

Lacking in firmness of decision, personal charm, and ability to express opinions definitely. The habit of side-stepping issues instead of meeting them squarely. Agreeing with others without careful examination of their opinions.

The habit of expressing self-approval by word of mouth and by actions, as a means of covering up a feeling of inferiority. Using “big words” to impress others, (often without knowing the real meaning of the words). Imitating others in dress, speech and manners. Boasting of imaginary achievements. This sometimes gives a surface appearance of a feeling of superiority.

The habit of trying to “keep up with the Joneses,” spending beyond one’s income.

LACK OF INITIATIVE.
Failure to embrace opportunities for self-advancement, fear to express opinions, lack of confidence in one’s own ideas, giving evasive answers to questions asked by superiors, hesitancy of manner and speech, deceit in both words and deeds.LACK OF

AMBITION.
Mental and physical laziness, lack of self-assertion, slowness in reaching decisions, easily influenced by others, the habit of criticizing others behind their backs and flattering them to their faces, the habit of accepting defeat without protest, quitting an undertaking when opposed by others, suspicious of other people without cause, lacking in tactfulness of manner and speech, unwillingness to accept the blame for mistakes.

Removing the fear of criticism

If you display many of the above symptoms the good news is that once you have realized that the fear of criticism is playing out in your life.

Then you can begin to eradicate it!

we all know what it is like to be afraid, hesitant, and unsure in our lives. Worried about outcomes or afraid of the past, it can be everywhere we look.

Yet it is not real, it is not a true factor in our lives.

We give it so much meaning and power.

Fear is really a belief that we will fail, that something will go wrong. It is looking ahead without freedom from your past. It is seeing your life through eyes of pain, leading you to need protection from your own life.

Fear is a basic trait learned, unfortunately, at an early age.

When we should have been learning from our mistakes we were learning to be afraid of making them again.

The past does not recreate itself, you do that.

When you look from a place of fear you can recreate anything. But it is not real; it is a shallow recurrence, only seen as such by your choice.

Were you to look at life free of fear you would see the reality of it, that it exists in a totally different way.

Life doesn’t go in circles but if you keep looking behind you, you may walk in one.

Your fear of criticism is not real it is something you have acquired through being told “no” and made to feel inferior. People will use fear to keep you in check.

It is all around you. You are being controlled by fear. Unfortunately you are a willing participant. This is the only way it can continue to have such a hold on you.

It is time to break the shackles.

Make the choice to do something amazing in your life. Step  out of your comfort zone and be proud. Accept that making mistakes is part of the journey not a stumbling block to make you quit.

It is all about the choices you make. Will you allow fear to cripple your dreams and aspirations or will you forge head with a never give up attitude to eventually stand on the podium of life as a success story.

This is where it gets interesting because it really is up to you as to which way your life plays out.

The Secret by Rhonda Bryne tells you clearly that you attract to yourself what you are constantly thinking about.

If fear is your dominant thought then you are attracting more fear back to you.

Who wants to live a life of fear?

You can do this, see yourself as a leader and somebody who inspires others. The how you will do this will reveal itself as you take action to become the leader you want to be.

The leader who does not fear criticism.

September 5, 2013 by Loddy Micucci in Liberate the Mind 0 Comments

About the author: Loddy Micucci

Loddy Micucci a retired educator but a teacher for life. Now following his passion for helping people find their life purpose and the greatness within themselves.